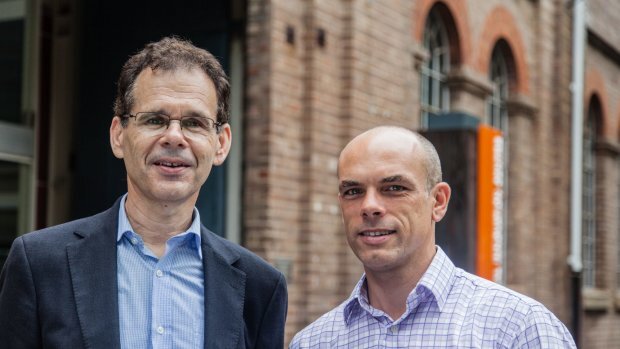 Ridding the world of stretch marks and acne scars is on track to become Professor Anthony Weiss’s legacy, after the skin repair treatment developed at his University of Sydney biochemistry laboratory in the 1990s was sold for $120 million to the multinational that makes Botox.

Professor Weiss’s breakthrough was a process to manufacture tropoelastin, a protein that allows skin tissue to resume its shape after stretching or contracting, to create a material identical to that found in the human body.

The sale of Elastagen, the company he co-founded in 2005 to commercialise his invention, will yield further paydays once the treatment passes ongoing clinical trials, gains regulatory approval and goes on sale to cosmetic surgeons.

The sale to Dublin-headquartered Allergan, which has made Botox skin filler since the 1990s, is subject to Foreign Investment Review Board approval. This implies the total potential windfall for Elastagen is more than $261 million, the threshold applying to Irish investors for this type of company.

Professor Weiss expected this to be realised “well within the next five years”, and shared credit for “a great Aussie success story” with the NSW Medical Devices Fund, which provided $6 million of company-saving loans to Elastagen from 2013, and with University Of Sydney commercialisation chief Andrew Tindell.

“Back [in 2014] when we were trying to make ourselves attractive to foreign investors, who we knew needed to get us to this point today, Andrew had the foresight to convert the Uni’s interest in us to equity, and to step back,” Professor Weiss said.

That meant Elastagen could seek external capital unencumbered from any obligation to pay the University royalty streams, which most investors considered hard to value and predict, Professor Weiss said.

“He didn’t want a board seat, he left us free to take the technology forward. It was a great, pragmatic solution and one I hope can become an exemplar.”

Elastagen itself was lucky not to become an example of an Australian biotech forced offshore before realising its potential.

However by 2013 Elastagen was running out of money. With the renaissance in Australian venture capital still two years away, and the company locked out of backing from Brandon’s flourishing Medical Research Commercialisation Fund because it didn’t come from a medical research institute, Mr Daniels said the company seriously considered an early sellout to offshore suitors.

One factor which kept Elastagen in Australia was the research and development tax incentive, and Mr Daniels urged the Federal Government not to tinker with it.

“The moment there’s an expectation it will change, companies will start dumping their R&D because they don’t want the unpredictability,” Mr Daniels said before adding that the $2 million cap on annual refunds proposed by a review on the incentive last year would have “hurt” Elastagen.

The other was the loans from the NSW Medical Device Fund, which tided Elastagen over until 2016 when it completed a $14 million Series B round from various offshore venture capital firms, as well as the returning domestic investors.

“That was crucial to us, so we’ll be very pleased to be the first beneficiary of that fund to repay our loan with interest,” Mr Daniels said.

Professor Weiss hoped his treatment would eventually find applications in many types of skin wounds.

“I’m looking forward to seeing this go from the lab bench to something that can change people’s lives,” he said.